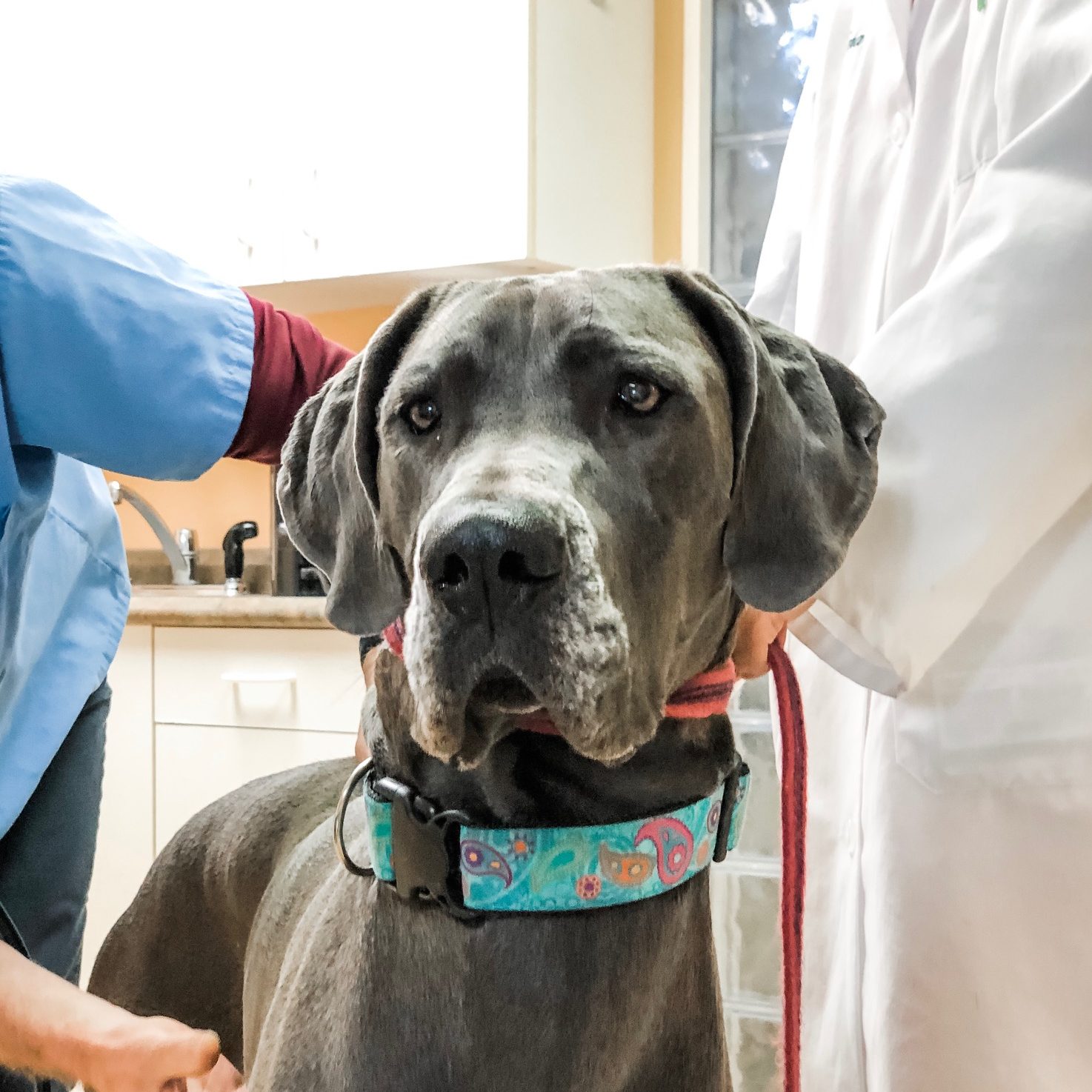 Bloat!  A word that can strike terror in the hearts of dog owners and veterinarians alike!

Canine Gastric Dilation and Volvulus (GDV) – aka bloat is a true veterinary emergency requiring immediate medical and or surgical intervention to prevent disaster.  It can occur in any breed of dog but is much more common in deep chested large breed dogs with some breeds such as Great Danes being at even higher risk.  When a dog ‘bloats’ the stomach fills with gas and twists on itself, trapping further gas and fluid accumulation in the stomach.  Not only is the very painful for the dog, the extreme pressure build up can compromise the stomach wall and other organs as well as interfere with how the blood is circulated throughout the body.  This can progress rapidly and become fatal in a little as a few hours.

In many cases, the twisting of the stomach can be prevented with a surgical procedure called a gastropexy which forms a permanent attachment of the  stomach to the body wall.  It is often done when a large breed dog who is of a breed and build that puts them at a higher risk for GDV is being spayed or neutered.  At Sault Ste. Marie Animal Clinic, we perform most gastropexies with the help of laparoscopic instruments – a ‘Lap Assisted Gastropexy’.