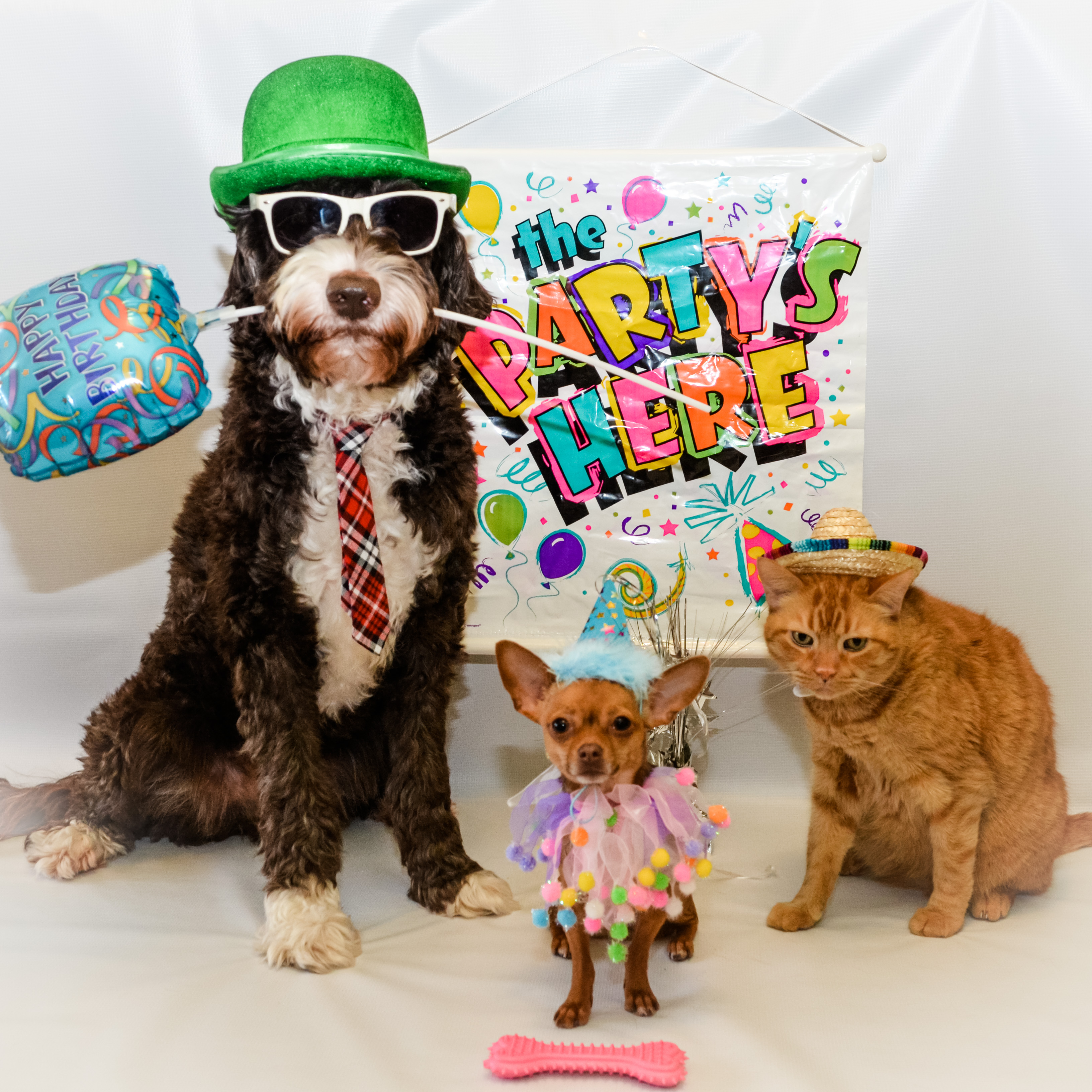 Delilah’s mother, Coco, a sweet little Chihuahua living in Wawa, had delivered three pups earlier in the day when her owner called to say that based on x-rays taken earlier in the pregnancy he knew there were supposed to be four puppies in the litter.

By the time they were able to make the trip down to Sault Ste. Marie on winter roads, it was well into evening and we were not overly optimistic the last puppy (still in Mom’s tummy) would be alive – but we were pleasantly surprised to pick up a fetal heart beat on ultrasound when they arrived and we rushed Coco into surgery for a caesarian section!

Once the female puppy had been delivered, we were disappointed to find she was not breathing or moving – her little gums and nose were an awful shade of blue. We attempted to clear her airways and stimulate her to start breathing and just when we thought it was hopeless, she made a couple of little gasps Delighted, we continued our efforts only to find copious amount of brown fluid coming from her mouth and nose – she had swallowed meconium (amniotic fluid contaminated with fecal material) . Again, we cleared her airways as best we could…and hoped for the best.

The next morning, this little brown puppy was still alive but we warned her owner that she had likely suffered significant oxygen deprivation and she would be at a high risk of developing pneumonia from the meconium – sadly, we were not overly optimistic she would survive. Coco, her owner and her puppies headed back to Wawa to hope for the best.

A couple of weeks later while we were attending a conference, Coco’s owner sent us a picture of her nursing her four puppies – yes FOUR puppies! The little one was still alive!! We were delighted to find out not only was she still alive, she was thriving! It felt like it was meant to be, so we asked if she was spoken for and although he was so impressed with her tenacity and resilience he had planned to keep her for himself, he agreed to let us have her….and the rest is history