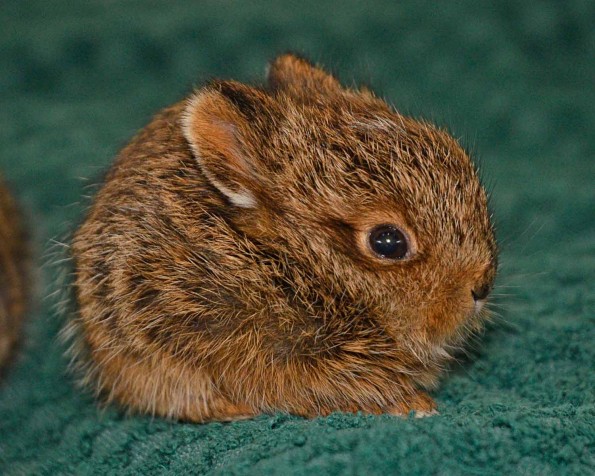 A few weeks ago, four orphaned cotton tail rabbits were brought to Sault Ste. Marie Animal Clinic. These baby bunnies had their eyes open and were covered with hair but they were very small – 40 to 50gms – smaller than your average gerbil. A baby bunny is one of the cutest things you will ever see so of course we wanted to try and help them out.

Our first step was to make sure that these babies were truly orphans. In the wild, baby bunnies are left in the nest and the mother only comes once or twice a day to feed them – leading many people who stumble upon a nest to think that the babies have been abandoned or orphaned when in fact the mother is following normal rabbit parenting protocol. In this case however, the mother was known to have been hit by a car so these babies were truly orphans. We needed to establish a warm, quiet and calm environment so we set up a kennel (away from dogs) with a heating pad, blankets and a hay “nest”.

The next step was to find something to feed them. Baby bunnies are notoriously difficult to hand raise because the mother’s milk is very rich and hard to duplicate. Also, bunnies need a certain amount of “good” bacteria in their gut to properly digest their food which they get from contact with the mother. We used a combination of kitten milk replacer and goat’s milk and syringe fed them 4-5 times a day. Unfortunately, one of the four wouldn’t eat well, lost weight and succumbed within a couple of days. The other three however quickly got the hang of syringe feeding and began to grow and gain weight.

As they grew, we added in rabbit pellets, hay and fresh grass clippings for them to nibble on. Their early attempts to eat the grass were adorable – often they would try and take it from each other’s mouth (think Lady and the Tramp and the spaghetti scene) but they soon became quite proficient.

After approximately three weeks, the babies had grown significantly, were producing lots of normal looking “rabbit poop” and were getting quite skittish – a good sign that they were ready to be released. We brought them to an old, inactive farm that had fields of wild grasses, old buildings to hide under and around and lots of water. It also had the advantage of being far from traffic and dogs. As we released them, they stopped to munch on the plentiful grasses before hopping out of sight – it didn’t take them long to “disappear” in the long grass. We wish them all the best! 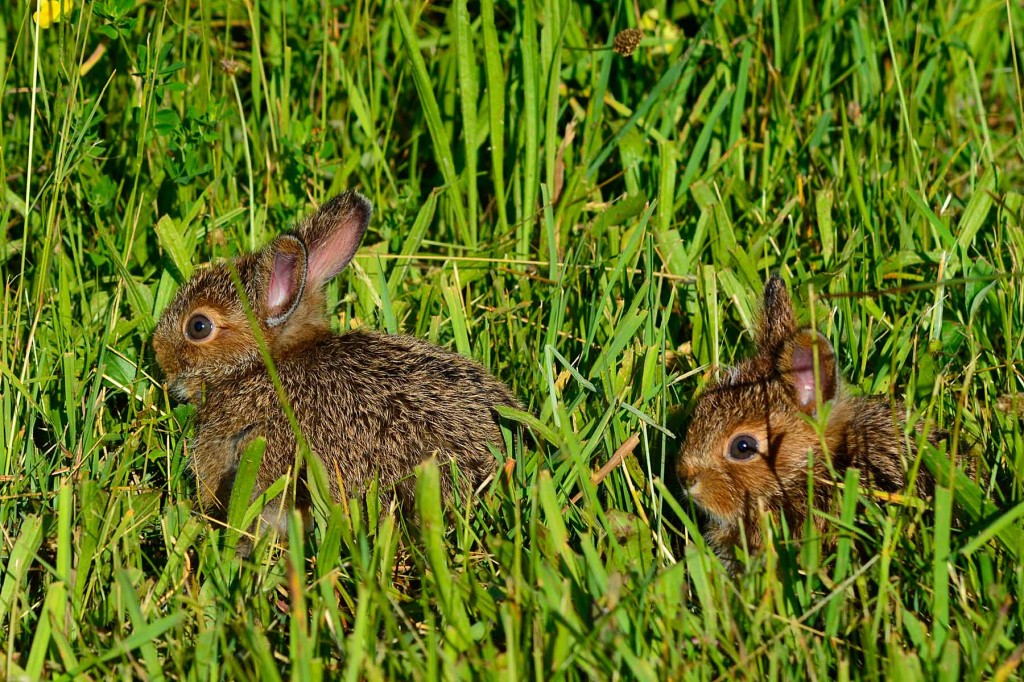