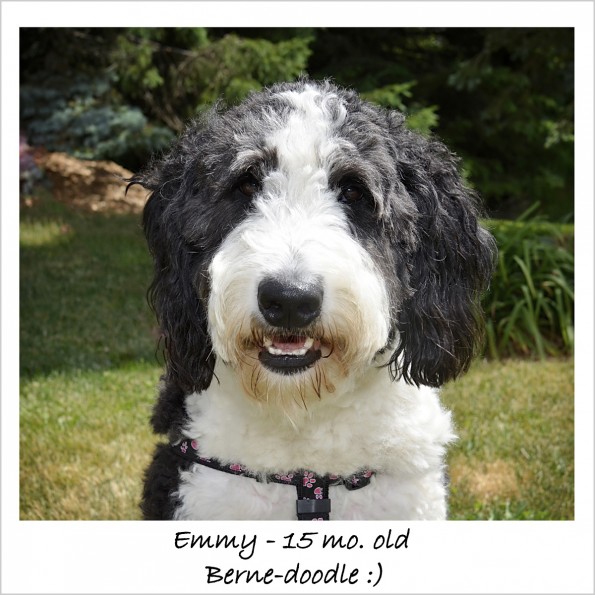 Emmy, a delightful 15 month old Bernedoodle (Half Bernese Mountain Dog and Half Poodle) was not feeling well when she came to see us a couple of weeks ago. Like many dogs, Emmy has a penchant for eating socks – socks and underwear are very attractive to dogs because they tend to have a high level of our (the people in the house) scents on them. Many times, socks or underwear will be vomited up after a day or two or will pass through the intestinal tract relatively uneventfully. However, sometimes the fabric item does not pass and ends up causing an obstruction or blockage of the intestine. This is a very serious and potentially life threatening problem! 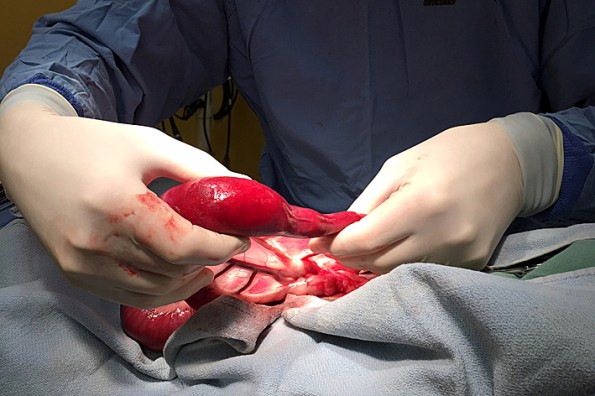 In Emmy’s case, the owner was suspicious she had eaten a sock and when she didn’t start feeling better after being given intravenous fluids and medication, it was decided that surgery was the best option. Sure enough, there was a balled up sock causing a complete blockage close to where the small intestine joins the large intestine and Emmy ended up having to have a section of the small intestine removed (Intestinal Anastomosis) – major surgery! She came back today to have her stitches removed and we are glad to say her owners report she is feeling much better 🙂