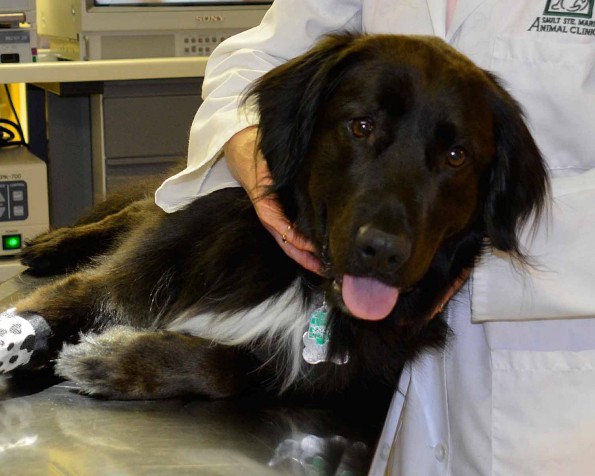 We all know that pets can get themselves into trouble by eating things they shouldn’t. Take the case of Deifenbaker for example, a 5 year old Newfie mix, who tried to satisfy his sweet tooth by sneaking a little icing while his owner was baking. Now, a little bit of icing probably wouldn’t have caused too much trouble for a big dog like Deifenbaker – except that the icing was still in the metal decorative icing tip! That metal tip could potentially cause big problems if it traveled partially through the intestinal tract and got stuck – ie an intestinal obstruction – a very serious condition requiring major surgery. 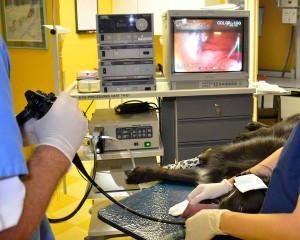 Deifenbaker was brought to Sault Ste. Marie Animal Clinic for flexible endoscopy to see if the metal cone could be removed with an endoscope instead of traditional surgery. X-rays had revealed that the metal cone was still in his stomach as opposed to having traveled further down the intestinal tract.

He was anesthetized and a flexible video endoscope was passed down his esophagus and into his stomach where Voila! – a metal cone shaped icing tip was clearly visible. (Apparently Deifenbaker subscribed to the old wives tale that dogs should eat grass when they have an upset stomach – the cone was surrounded by pieces of grass!) Fortunately, using specialized forceps, we were able to grasp the metal cone and remove it endoscopically – saving Deifenbaker from having to undergo major surgery. 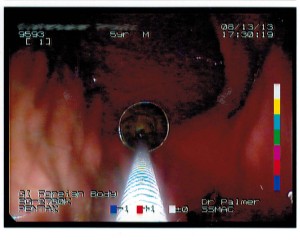 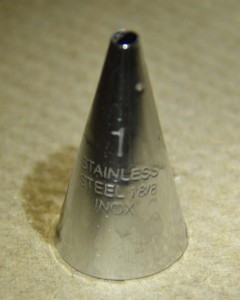