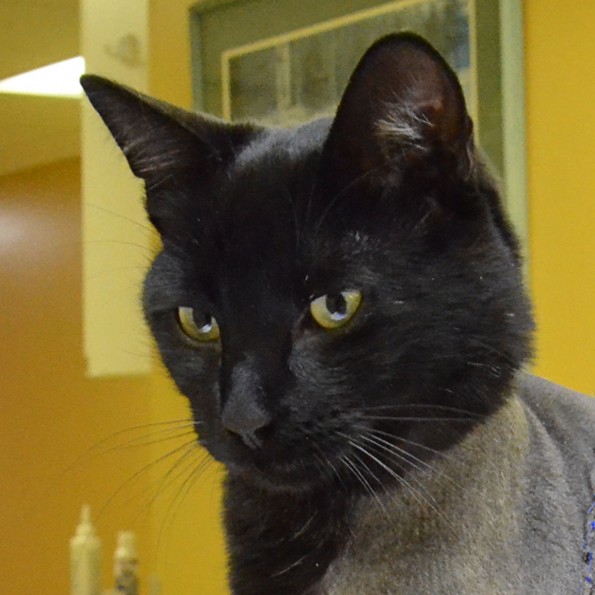 This handsome fellow is Miller, a young neutered male cat who recently used up at least a couple of his nine lives! 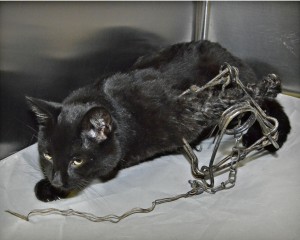 Miller’s owners became worried last week when he failed to come home at his normal time. They were shocked and horrified when he returned a couple of days later with a conibear trap on his left front leg and dragging a frayed section of chain. They called their veterinarian immediately and Miller was brought to Sault Ste. Marie Animal Clinic on an emergency basis. Unfortunately, the blood supply to the leg had been severely disrupted and the limb was cold with no nerve function. Sadly, there was no way to salvage the leg so Miller underwent surgery to amputate the limb. 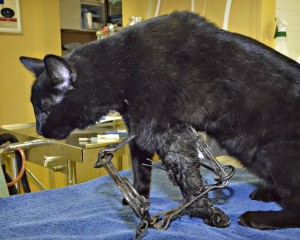 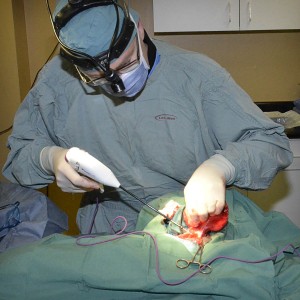 Used properly, conibear traps are designed to kill almost instantly by snapping closed forcefully on the neck of the target animal. When accidently encountered by a non-target animal however, the results can be horrifying as in Miller’s case. Traps should never be set somewhere a cat or dog could potentially encounter them. Miller lives within city limits – presumably he encountered the trap within city limits. It is heartbreaking to think what he went through. it must have been excruciatingly painful to have the trap clamp down on his leg. Miller somehow managed to free the chain that was anchoring the trap – this likely could only have been accomplished by fighting very hard against the chain. When he did finally free himself of the chain, it must have been an agonizing journey home dragging the leg with trap firmly attached. 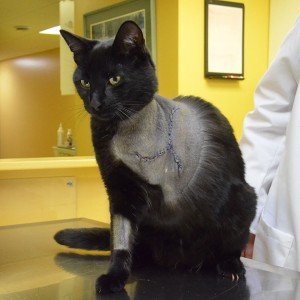 Miller is a remarkable cat. He won us over completely with his bravery, stoicism and extraordinary good nature. He is already adapting well to life on three legs. He is young and strong and we suspect that once his hair grows back a person will have to look twice to even notice that he is missing a leg. We wish Miller and his family all the best as he recovers from this ordeal.