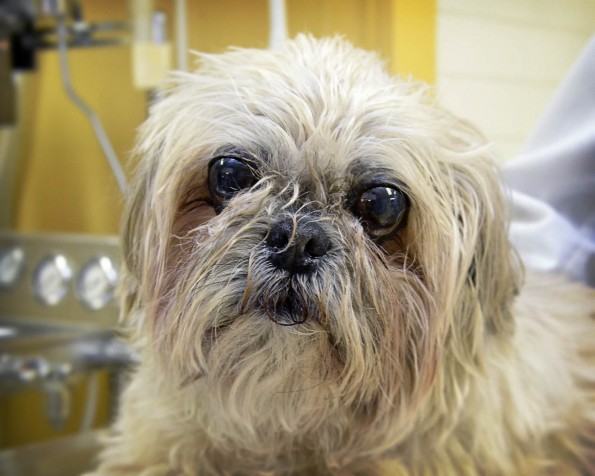 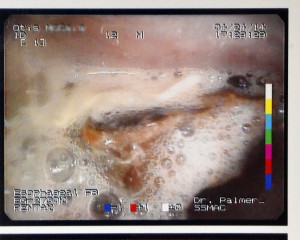 Poor Otis! He was referred to Sault Ste. Marie Animal Clinic for endoscopy when x-rays suggested he had something stuck in his esophagus. His owners were suspicious it was a dehydrated piece of liver – a liver chew treat. On x-ray the blockage appeared to be in the esophagus just above the level of the heart – a very difficult are to get at surgically. 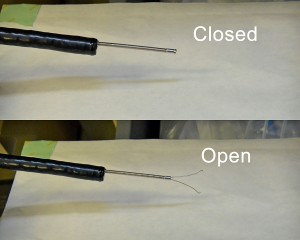 When Otis came to Sault Ste. Marie Animal Clinic he looked like he was feeling pretty miserable! We put him on intravenous fluids and gave him a general anesthetic. Then we used the video endoscope to look down inside his esophagus – sure enough there was a hard, brown object firmly lodged in place halfway down. Using specialized grasping forceps specifically designed for the endoscope we were able to grasp onto the object and gently pull it out. Phew! This avoided Otis needing to undergo major surgery to remove the obstruction. 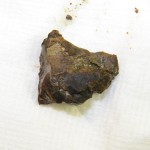 The object was in fact a large piece of freeze dried liver that Otis had swallowed whole. Fortunately, we were able to remove it with the endoscope and within a couple of hours of waking up, Otis was clearly feeling much better.