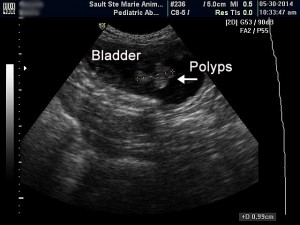 This is a story about Emma, a 5 yr old spayed female Shih Tzu mix. Over the past year and a half, Emma has suffered from several bladder infections where she was quite uncomfortable. Tests on her urine showed blood, bacteria and crystals. Emma was treated with the appropriate diet and antibiotics but the clinical signs kept coming back. Concerned that there was an underlying problem such as a bladder stone or a defect in the bladder that was making her susceptible to infection, an ultrasound was suggested. The bladder ultrasound did not show any bladder stones (uroliths) but it did show some changes that suggested Emma had growths or polyps on the bladder wall. 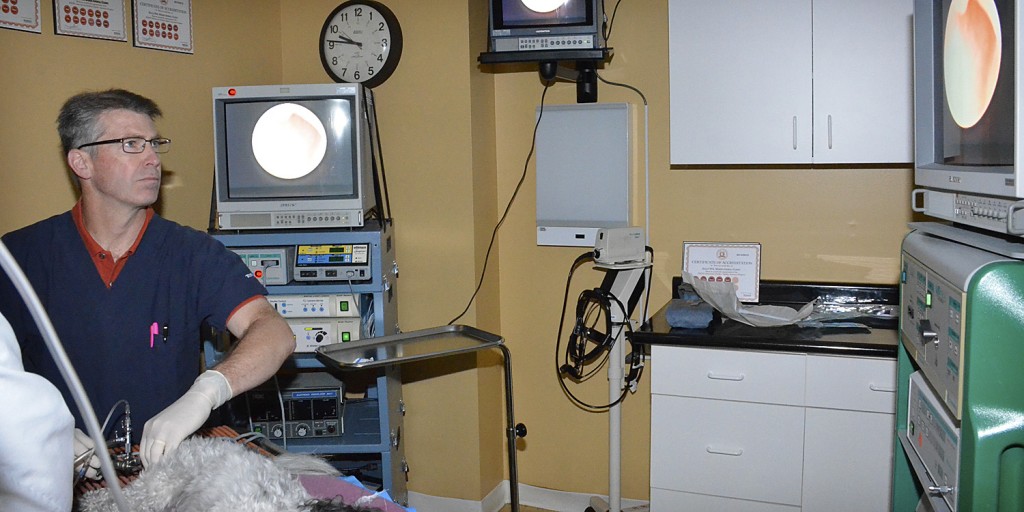 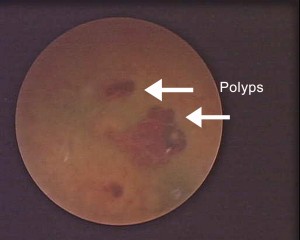 Polyps or polypoid cystitis in dogs is associated with chronic irritation of the bladder. As the growths themselves become irritated, they can be associated with blood in the urine and increased frequency of urination. To confirm that Emma did in fact have polyps in the bladder, she was scheduled for cystoscopy. She was given a general anesthetic and a videoscope was advanced through the urethra into the bladder. This allowed Dr. Palmer to see that there were actually polyps there and to know where in the bladder they were located. With this information, he was able to perform a cystotomy (surgery on the bladder) and remove the polyps. The polyps were sent to a diagnostic lab for further evaluation. Emma recovered well from surgery and was sent home a couple of days later. The lab reports confirmed that the growths were in fact polyps and Emma will be treated with a combination of antibiotics and a special diet to try and prevent them from coming back.